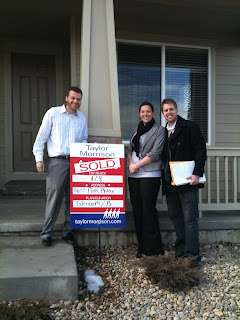 If you think that new-construction homes aren't for you, are a hassle and something to steer away from, read this.

I had the privilege of helping my wonderful clients Ike and Tiffany buy a home. After looking at several homes in Highlands Ranch and Parker over a few months time, Ike and Tiffany happened to stumble upon a new development on their drive home. They thought, "Hmm, what about new homes?"  And the rest is practically history. They fell in love with a beautiful just-built home in the Jordan Crossing development in Parker. Think about it: brand new EVERYTHING:
2 stories, 3-car garage, 2400+ sf plus a 1000sf basement, 4 bedrooms, 3 baths, landscaping, nice backyard (unlike some developments), steel foundation (much better than concrete), new stainless steel refrigerator, stainless steel oven and gas stove, stainless steel microwave, stainless steel dishwasher, new beech cabinets, slab granite, tile, new carpet, new hardwood floors, new top of the line front-loading washer and dryer, new paint, new window coverings, new....you get the idea. And all this for a very affordable price in the mid to upper $200k's!

It just goes to show the adventure of home shopping, and you never know what you may fall in love with. Ike and Tiffany sure didn't think they'd end up in a new construction home!

Congrats to Ike and Tiffany on their BRAND NEW home!
Posted by Jonathan at Thursday, January 20, 2011 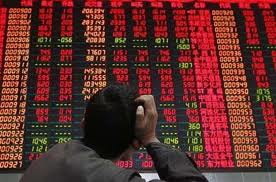 Real-estate stocks are poised to end 2010 with gains that are twice as large as the broader stock market, the second year in a row that REITs outperformed the major stock indexes.

REITs, as measured by the Dow Jones All REIT index, were up 27% as of Tuesday’s close. While that is a smaller gain than last year, when REITs posted gains of 28.5%, the 2010 results handily beat the Dow Jones Industrial Averages, up 11% as of Monday’s closing and Standard & Poor’s 500 index, up 12.86%.
The REIT rally was triggered by investors hunting for higher dividend yields. REIT dividend yields, while low compared to historical standards, are currently around 4% compared to 3.35% on Treasury bonds.

“The REIT yields are very attractive compared to anything else in the market,” said Brad Case, vice president of research and industry information for the National Association of Real Estate Investment Trusts. Since the beginning of the year, dozens of REITs have raised dividends, an about-face from last year when many REITs were cutting or suspending dividends.

Other investors were buying real-estate stocks based on economic fundamentals, basically a belief that commercial landlords will post stronger earnings from rising rents and occupancy in 2011.
Most of this year’s gains came early in the year after a number of REITs were able to successfully recapitalize their companies by selling large amounts of stock and bonds. The recapitalizations eased fears that a number of large companies would be forced into bankruptcy. By the fourth quarter, however, REITs failed to outperform the broader indexes as investors began to fret that stubbornly high unemployment might drag down the industry’s prospects and delay the time when landlords can raise rents. The DJ All REIT index was up 7.2% for the fourth quarter through Tuesday’s close, almost in a dead heat with the 7.3% return for the Dow Jones Industrial Average and modestly trailing a 10.28% gain for the S&P 500.