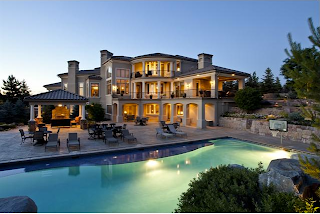 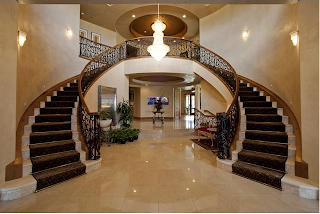 Credit the Federal Reserve with lenders pulling the reigns on rising mortgage rates.
After six weeks of the 30-year, fixed-rate mortgage (FRM) inching toward the 4 percent mark, the 30-year FRM and other benchmark rates fell.
The 30-year fixed-rate mortgage (FRM) fell to 3.93 percent, with an average 0.8 point, the week ending June 20, according to Freddie Mac's weekly Primary Mortgage Market Survey.
The rate was down from 3.98 percent a week earlier, but still higher than 3.66 percent a year ago.
Frank Nothaft, Freddie Mac's vice president and chief economist said the rising rates stalled as the market waited for the Federal Reserve's June 19 Monetary Policy announcement.
Fears that the Fed was planning to end buying $85 Billion in bonds each month ($40-billing in mortgage-backed securities and $45 billion in longer-term Treasury securities) gets some of the blame for rates rising through much of May and June.
"The Fed stated that economic growth has been expanding at a moderate pace and that labor market conditions have shown further improvement, although the unemployment rate remains elevated," said Nothaft.
He added, "It noted inflation has been running below the Fed's longer-run objective as well. As a result, the Fed will continue its bond-buying program at the current pace and maintain its highly accommodative monetary policy stance."

Fed stays the course
The Fed said it would maintain efforts to keep short-term interest rates down at least until unemployment reaches 6.5 percent.
The unemployment rate in May was 7.6 percent and unchanged from May according to the U.S. Department of Labor.
The Fed predicted that unemployment will fall to 7.2 percent or 7.3 percent by the end of 2013, but may not reach the 6.5 percent level until the end of 2014, sooner than the Fed projected earlier.
Inflation, among other economic conditions, also factors into the Fed's plan to keep interest rates low.
"The Committee decided to keep the target range for the federal funds rate at 0 to 1/4 percent and currently anticipates that this exceptionally low range for the federal funds rate will be appropriate at least as long as the unemployment rate remains above 6-1/2 percent, inflation between one and two years ahead is projected to be no more than a half percentage point above the Committee's 2 percent longer-run goal, and longer-term inflation expectations continue to be well anchored," according to the Fed's June 19 Monetary Policy announcement.
"The Fed also affirmed that the housing sector has strengthened further. For instance, single-family housing permits increased nearly 2 percentage points in May to an annualized pace of 649,000 homes, the most since May 2008. In addition, homebuilder confidence in June rose to its highest reading since March 2006," Nothaft said.
Meanwhile, the average interest rate on the 15-year FRM was 3.04 percent with an average 0.7 point, down from 3.10 percent last week. A year ago, the 15-year FRM averaged 2.95 percent.

Interest rates won't skyrocket
Capital Economics recently forecast rates weren't on a permanent trajectory to the moon.
Echoing a June 7 Kiplinger report for the second quarter 2013, Capital Economics' U.S. Housing reported the Eurozone isn't out of the woods yet.
Capital says another economic flare up in the Eurozone is likely to send investors to the safer-haven of Treasury bonds and that will put a lid on mortgage rates.
Stay tuned.
Meanwhile, for the 5-year Treasury-indexed hybrid adjustable rate mortgage (ARM), the average interest rate was 2.79 percent, with an average 0.5 point, unchanged from last week, and down from an average 2.95 percent a year ago.
Finally, for the week ending June 20, Freddie Mac reported the 1-year Treasury-indexed ARM averaged 2.57 percent, with an average 0.4 point, down from 2.58 percent last week, and down from 2.74 percent a year ago.
(Source: Realty Times)
Posted by Jonathan at Thursday, June 27, 2013 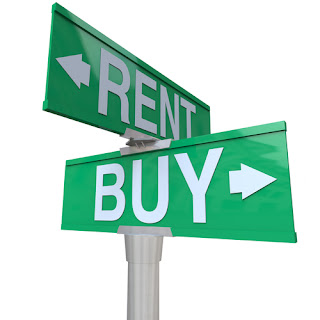 Denver: The Fastest Real Estate Market in the United States 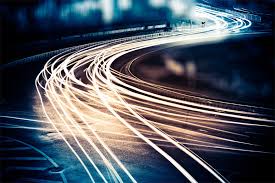 According to the Denver Post, Denver's real estate market is the fastest in the country. Denver had the highest share of homes selling within seven days or fewer in April among the U.S.'s major metro areas, according to a report Tuesday from ZipRealty.

Nearly four in 10 Denver-metro-area homes put on the market sold within seven days in April, up from 22 percent in April 2012. Of the two dozen metro areas that ZipRealty studied, the average share that sold within a week was 22 percent.
Denver homes spent a median 11 days on the market in April before selling, which tied with Washington, D.C., for the fastest turnover, according to ZipRealty, an online real-estate brokerage based in Emeryville, Calif.

That gain was robust but lagged behind the 16.4 percent gain averaged in the 24 metro areas, which were led by a 46 percent increase in the San Francisco Bay Area and a 33 percent jump in Las Vegas.

Distressed sales, which include foreclosures, fell to 10 percent of the total from 19 percent a year earlier.

The number of new listings increased 10 percent to 8,636 in April compared with April 2012. But the month-end inventory was 34 percent lower than a year ago, reflecting the rising number of sales.

Nearly every sale, 98.9 percent, was at list price or higher in the metro areas surveyed, ZipRealty reported.

Zillow CEO: The Case for Selling Your House Now, Even If You Think Prices are Going to Rise