2013 is a reappraisal year for Colorado assessors. What does that mean?

How do I know if I should protest?
-Remember you cannot protest your taxes only your value!

-What do you think the property was worth as of June 30, 2012?
i. If your opinion of value is less than the assessor’s value then you should consider protesting.
ii. You must be able to support that value using sales comparables from 1/1/2011-6/30/2012.

-Make sure you look at time trending those sales as they go back further in time from the 6/30/2012 appraisal date. You may also support a change in value if the assessor does not have your property characteristics correct. Example: assessor says you have a four-bedroom and you only have three-bedrooms.

When will I hear back from the county?
-The assessor will make a decision and mail a Notice of Determination to you before the last working day in August.

What are my options if I don’t agree with the county’s determination?
-You can file a written appeal with the County Board of Equalization (CBOE) on or before September 15, 2013. 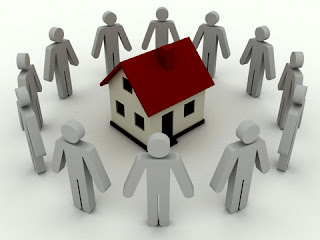 Multiple offers on almost every home. Outrageous demand because of high rents and low interest rates, and low inventory is by definition what we in the real estate industry call a "Seller's Market."

The price of previously occupied homes sold in the metro area shot up in April as buyers battled over a limited number of homes available for sale.

"Low inventory levels coupled with buyer demand is upping buyer competition, resulting in a fast-paced market and increasing home prices," said Gary Bauer, an independent real estate research analyst who prepared the report.
The median price of a single-family home sold in April was $280,000, compared with $268,200 in March. The median price of condos sold rose from $154,000 to $163,500.

April's report showed the seasonal pattern of home activity gearing up, but without a commensurate increase in homes coming onto the market.
The number of homes under contract increased 14.7 percent from March to 6,855. The number of homes closed rose 8.8 percent to 4,714.
That far outstrips the 3.9 percent increase to 6,945 in the inventory of homes available for sale in April versus March. In April 2012, there were 10,254 homes available for sale.

An analysis done by Jim Smith, owner of Golden Real Estate, found that homes listed for sale since April 1 spent a median four days on the market before going under contract.

"Sellers, be prepared for multiple offers and informed enough to capitalize on creative offers," Bauer said.
Where the numbers really startle are on a year-to-year comparison. The number of home resales closed last month was up 21.2 percent from April 2012. By contrast, the number of unsold homes on the market dropped by nearly a third.

The market is getting tighter despite a strong push from homebuilders to add supply. Metrostudy,in a quarterly survey, found that builders started 1,596 homes in the first quarter in metro Denver, a 52 percent increase from the 1,050 in the same period a year earlier.

I was reading the Denver Business Journal and read a story about how home sales prices continue to post double-digit year-over-year increases across the metro Denver market, according to a report Tuesday from CoreLogic Inc, the stats and analysis company.
In the Denver-Aurora metro area, home prices jumped 11.5% in March from the same month a year earlier, the report shows.
That home price index included distressed, or real-estate owned (REO), properties.
It was the 14th month in a row for year-over-year price gains. Excluding REO properties, local year-over-year prices increased by 11.5% in March.
Month to month, March prices climbed 2.3% from February.
The report closely mirrors local data from Metrolist Inc. showing metro Denver’s spring selling season is stronger than a year ago.
Nationally, home prices increased 10.5% in March from March 2012, the CoreLogic report states.
Posted by Jonathan at Wednesday, May 08, 2013