How Many Houses are Under Contract Right Now in Denver? How many houses are under contract right now (3/29/12) in the city of Denver:


Did you guess yet?


You will probably be completely surprised, but the answer is, yes, C 1,719!  There are 1,543 houses still for sale not under contract in Denver. That means 1 out of every 2 houses for sale in the city of Denver is being bought right now! Things are getting hot!
Posted by Jonathan at Thursday, March 29, 2012

Email ThisBlogThis!Share to TwitterShare to FacebookShare to Pinterest
Labels: denver real estate trends, how many houses are under contract in denver? CNN Money gives a pretty clear answer to the eternal question in real estate, Should I buy or rent? "The answer has never been clearer: Buy" CNN Money advises. In 98 of the top 100 housing markets, buying a home is more affordable than renting, according to the huge online real estate company Trulia. Only Honolulu and San Francisco buck the trend.

CNN Money repeated the 3 main reasons that make it a logically excellent time to buy now (which I have been saying for a while!):
Got concerns or questions? Email Jonathan
Search for houses now!
Posted by Jonathan at Monday, March 26, 2012

Email ThisBlogThis!Share to TwitterShare to FacebookShare to Pinterest
Labels: better to buy or rent?, cheaper to rent or buy, cnn money says buy If you're waiting for home prices to go up, then you're missing signs the troubled housing market has finally turned around.

FORTUNE – Over the past few months, many economists have concluded that that the U.S. housing market has reached a turning point and is healing. This may sound hard to believe, since home prices have continued their downward trend. In 2011, prices fell by 4% following nearly a 30% decline since the property bubble paeked in June 2006. They ended the year at a 10-year low.
Indeed, prices aren't likely going to rise for a while. But this might not necessarily mean the housing market isn't on the mend. Perhaps we're looking at the recovery all wrong, says Paul Dales at Capital Economics. In a report to clients recently, the economist said higher prices won't be the sign that tells us there's a realrecovery under way. Rather, the recent pick-up in sales is what we should pay attention to.
After all, prices tend to be a lagging indicator. It could take six months for any improvements to show in the market, if not longer.
"Even if the asking price is at the right level when the home is first listed, it may still take a few months to find a buyer and another month or so before the contract is closed," Dales wrote to clients last week. "The selling price that is registered at the end of this process therefore relates to the market conditions somewhat earlier."
Sales have risen recently, reaching a few milestones.
In 2011, existing home sales climbed to 4.26 million – higher than the 4.19 million sales in 2010. Needless to say, this is far below the market's peak of 7.1 million sales amid the housing boom in 2005. But it's worth noting that for the past two years, sales have crept up from the market's low of 4.1 million sales when the market collapsed in 2008. In particular, in the past six months, total homes sales have risen by 13% as borrowing costs for home mortgages continue to fall to record lows and investors making up the bulk of sales find opportunities in heavily discounted properties after foreclosures and short sales.
And in Denver, there is a 13.7% increase in closed sales  over year, and an unprecedented 45.5% decrease in Absorption Rate (4.2 months), along with a 2.1% increase in average sold price ($270,821)
And a series of home sales data released later this week is expected to show that home purchases probably climbed in February to their highest level in nearly two years, according to forecasts in a Bloomberg survey. Sales of new and previously-owned properties combined are expected to rise to an annual rate of 4.93 million – the strongest since May 2010, and up from 4.89 million in January.
The evidence reminds us that perhaps we should change our expectations of what a housing recovery might look like, particularly following a crisis marked by record foreclosures and a financial crisis that sent the economy into one of the deepest recessions. The recovery we have been anticipating is defined more on the rate at which the glut of vacant properties comes off the market as opposed to any steady rise in prices, which some think won't happen for another few years.
The inventory of unsold homes has dwindled, falling in January to 6.1 month's worth of supply – its lowest level since March 2005. A supply of six months is generally considered ideal for a healthy housing market, but there continue to be several headwinds at play that could weigh down prices.
Posted by Jonathan at Monday, March 26, 2012

Email ThisBlogThis!Share to TwitterShare to FacebookShare to Pinterest
Labels: are we at bottom, denver real estate trends, housing recovery Thanks to an improving economy, the Governor's Office of State Planning and Budgeting Monday announced the state general fund revenue is projected to be $164.5 million higher in the next fiscal year than was forecast in December.

The net increase to the general fund will be $149 million because of declining severance tax revenue.

The overall increase is mainly attributable to continued improvement in the job market and increased confidence among households and businesses.

"There are lots of reason to be optimistic about the direction of Colorado's economy," said Hickenlooper. "We look forward to working with the Joint Budget Committee to proportionally restore some of the difficult cuts we already proposed in the budget. That means taking care of our state' neediest seniors, supporting local governments and doing all we can to fund K-12 and higher education to their fullest potential."

The Office of State Planning and Budgeting projects that fiscal 2012-13 general fund revenue will grow at a rate of 3 percent, which translates into $220.7 million in revenue growth.

"These trends indicate that the economy is showing more positive activity which in integral to sustained growth," said Henry Sobanet, executive director of the Office of State Planning and Budgeting. "This is incremental good news, but risks still remain."
Posted by Jonathan at Thursday, March 22, 2012

Employment Forecast for Denver-Metro is 5th Best in Country! 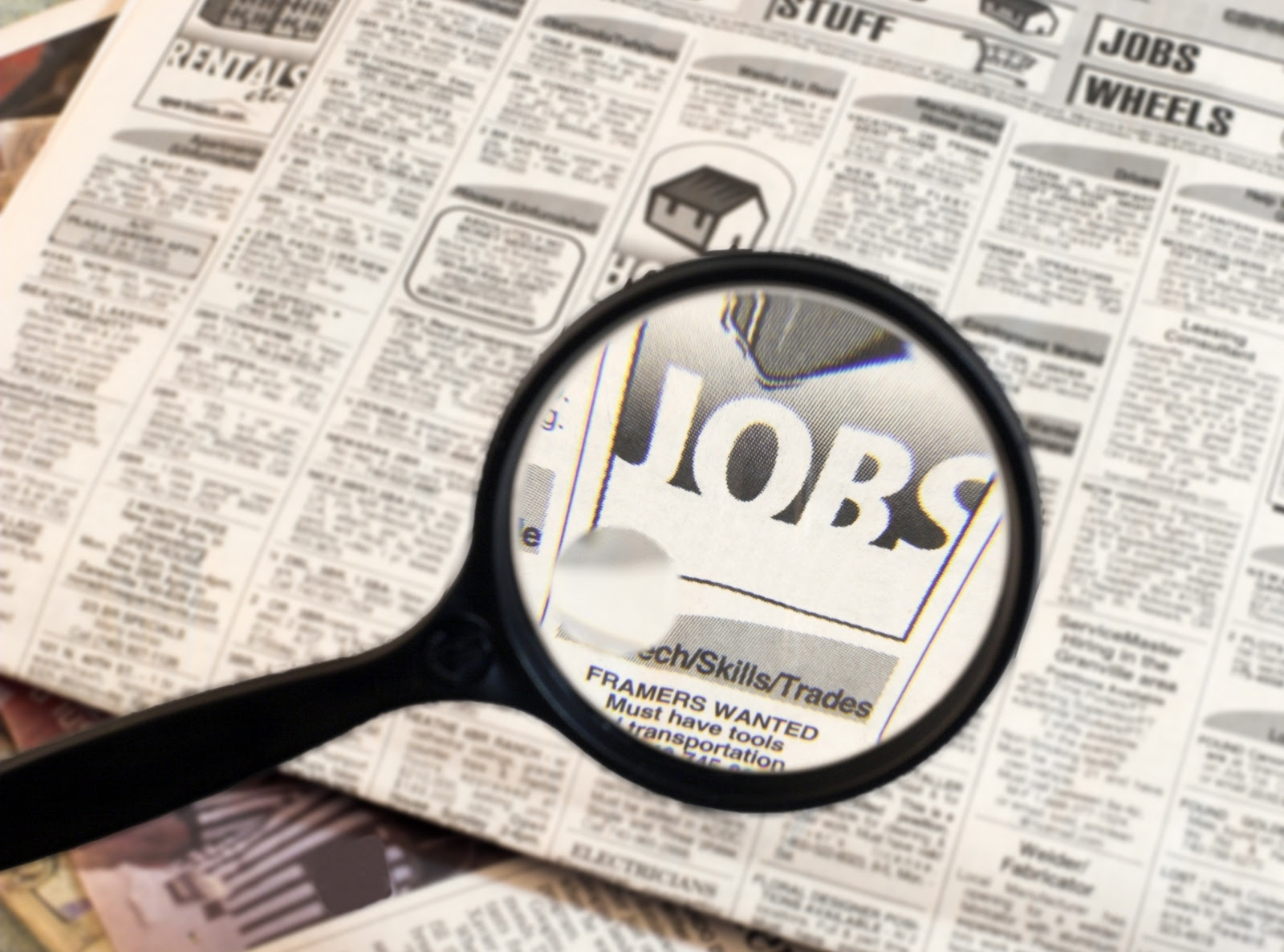 The Denver-Aurora metropolitan job market is expected to be among the strongest in the nation, according to a quarterly Manpower Employment Outlook Survey for Denver released today.
More than 140 employers in the Denver area were interviewed about their hiring intentions for the next quarter, with 18% interviewed saying they planned to hire.
Among the survey participants, the Denver-Aurora employment is the fifth best in the nation, according to the report.
From April to June, 18% of the companies interviewed plan to hire more employees, while none expect to reduce staff.
Another 78% expect to maintain their current workforce levels and four percent are not certain of their hiring plans.
This yields a Net Employment Outlook of 18%, said the survey, compared to a Net Employment Outlook for the nation of 10%.
"The employment forecast for the second quarter is much brighter compared to the first quarter of 2012 when the Net Employment Outlook was seven percent," said Manpower spokesperson Cori Charvat. "Employers expect stronger employment prospects compared with one year ago and the Net Employment Outlook was eleven percent."
The report said that for the coming quarter, job prospects appear best in construction, durable goods manufacturing, non-durable goods manufacturing, transportation and utilities, wholesale and retail trade, information and financial activities.
Hiring in education and health services is expected to remain unchanged.
Nationwide, according to the Manpower Employment Outlook Survey, of the more than 18,000 employers surveyed, 18% expect to add to their workforce, and six percent expect a decline in their payrolls during the second quarter of 2012.
72% of employers anticipate making no changes in staff, and the remaining four percent of employers are undecided about their hiring plans. When seasonal variations are removed from the data, the Net Employment Outlook is +10% nationwide, similar to the first quarter Net Employment Outlook of +9%, said the report.
(Howard Pankratz)
Posted by Jonathan at Thursday, March 22, 2012

Denver Gets More Sun Per Year than These Cities... When I talk to out of state friends about Denver, they usually imagine a village on top of a mountain in Antarctica. It's hard to believe - if you are not from Denver - that Denver gets over 300 days of sun a year. And to put that into perspective, these are the cities that get LESS sun per year than Denver does:
(source http://www.ncdc.noaa.gov/oa/climate/online/ccd/pctpos.txt)

We may not have 90 degree weather each and everyday, but everyone who lives in Denver
Posted by Jonathan at Wednesday, March 07, 2012

The Best Mountain Views vs. The Best City Views