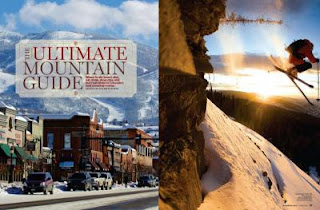 For Details on each mountain area, Click Here
Posted by Jonathan at Tuesday, November 30, 2010 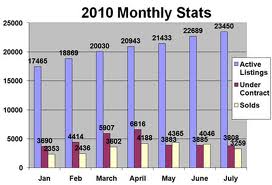 Sales of existing homes in the Denver area dropped 28 percent in October, to 2,842 from 3,958 in the same month of 2009, according to Metrolist Inc. data released Wednesday.

But average sold price for such homes was up 9.6 percent for the same period, to $261,750 from $238,807.
Sales of existing homes — which are homes that have sold at least once and also are called resale homes — were higher in October 2009 than last month partly because the federal government’s $8,000 first-time homebuyer tax credit still was in effect last year. The first-time buyer credit, along with a $6,000 credit for existing homeowners wanting to buy a different home added in November 2009, expired April 30 of this year.

Metrolist data includes both standard houses and condominiums. Greenwood Village-based Metrolist is metro Denver’s Multiple Listing Service for homes that are for sale.

• Average days a home stayed on the market for sale rose to 104 from 93 for the same month last year.

For this year’s first 10 months, roughly 26,200 existing houses sold for a total of $7.41 billion, according to Metrolist data released by Re/Max Alliance of Arvada. Average sold price for the period was $282,819.
The plains area of Boulder County had the highest average selling price of $650,053, followed by the city of Boulder, with $609,638.


Compiled by the DBJ’s Paula Moore

Posted by Jonathan at Wednesday, November 10, 2010