It's the End of a Decade. Look Back On Yours to Be Able to Look Ahead

A great speaker I follow reminded me that it's not only the end of the year, but the end of the DECADE. Do you remember 2010?! Where were you? What were you doing? What were your dreams and goals? It's fascinating to think back on this! I actually encourage you before the new year to take a moment and look back at each year of this last decade and see where you were, what you were doing, what you desired, who you lived life with, and how you got to where you are now. The decisions, the mistakes, the blessings and the heartbreaks. The friends, the family, the mentors and the naysayers who helped you get to where you are now. Evaluate the "equities" of your life: your relationships, your bodily health, your spiritual journey, your intellectual life, your creative side, your outdoor goals, your finances, your desires...all of it. Where were these equities 10 years ago, where are they now, and where do you want them to be in 10 years? Time is our most diminishing asset. Unlike money, we cannot increase it, and unlike objects, each day that passes is gone. Time truly is a fragile gift.
My last decade from a career and financial perspective
10 years ago I was still a rookie agent at the absolute worst time of the crash in the real estate crisis. Taking the advice of more advanced agents, I attended a ton of classes and hung out with experienced real estate pros. I remember older realtors telling me, "You got into real estate now?! Man, if you can survive this mess, you can do anything." It's funny how a small passing comment like that can be a life-boat for a young guy in an industry that was in shambles. As I looked around me, something curious was happening. While so many people were running for the hills, my investor-mentors were buying up as many houses as they possibly could. Most people were calling them flat-out CRAZY....but, who's laughing now? Because they didn't simply react with the media and mob frenzy of the 'end of the world' tabloids, and they knew how real estate works, they bought as many $60,000 houses as they could, which are now worth $350,000+ each. Even without that much appreciation, they significantly benefited from the cashflow of rents each month, and their tenants paying down the mortgages each month. While most people were simply complaining about the Crash and living in fear, many others became millionaires because they were able to see more than the apparent mayhem.

Back to me: taking that early advice of "surviving the crisis" to heart,  I worked on my real estate business each day filled with uncertainty, but holding onto what my teachers and mentors were telling me and what I was learning, and I slowly but surely learned from these investor-mentors (including my father) how to start acquiring rental properties and "house-hacking"(my favorite).  Ten years later I own a number of rental properties and have helped hundreds of people successfully buy and sell their homes to enjoy the financial benefits of real estate and speed their way to financial freedom. Many of my clients currently have or have already realized over $100,000 of wealth just from their one house. Others (including myself) have been living rent-free for years by renting rooms out to roommates. Without help from my mentors and those "ahead of me," I most probably would have reduced everything to my limited understanding and fears, and concluded with many others, "The real estate market is a disaster. I need to find a new career." I'm so grateful to these mentors who, whether they knew it or not, played a huge role in getting me to where I am, simply by sticking to their knowledge and experience, and not reactionary impulses. This has been the case with every other "equity" in my life: intellectual, spiritual, physical, love-life, etc. It's amazing how quickly we can leave our prisons of fear when we are accompanied by another.
I would love to hear about your last decade! Tell me about it!
Posted by Jonathan at Tuesday, December 17, 2019

How House-Hacking Can Passively Make You An Extra Salary

Posted by Jonathan at Wednesday, December 04, 2019

When months of inventory rise to 4-5 months, then we will begin to see a buyer's market again. But that takes time and does not happen over-night (see the graph below!). It's great when we can take the guessing game out of it and use key indicators to make decisions! 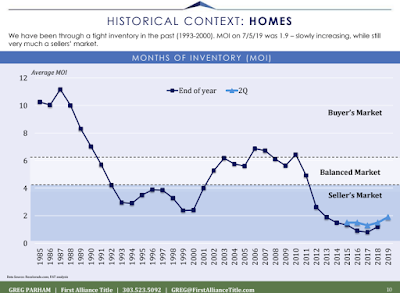 Posted by Jonathan at Thursday, September 19, 2019

This awesome Neighborhood Price Map tells you--by neighborhood--average sold prices, number of houses on the market, under contract, and sold, and months of inventory, so you can understand exactly how hot each neighborhood is and what activity is going on! 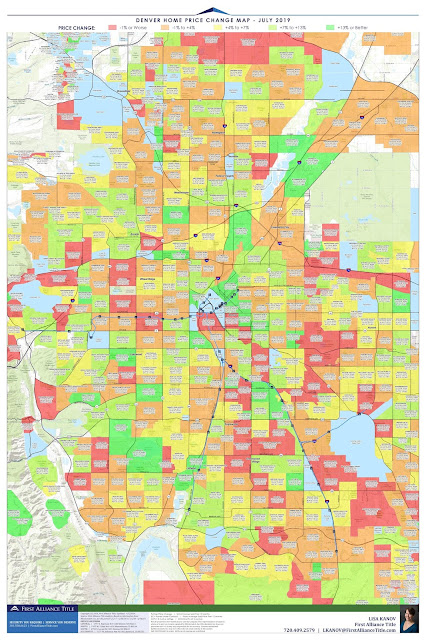 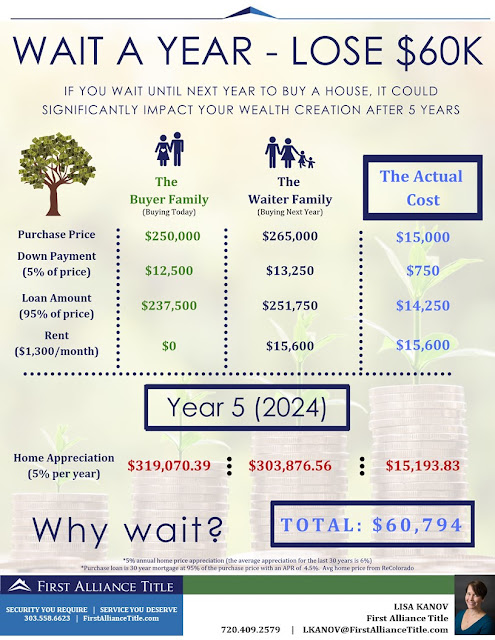 Jonathan Ghaly was #7 of 2,500 agents at HomeSmart in volume production!

Not all realtors are the same!
Jonathan Ghaly was #7 of 2,500 agents at HomeSmart
in volume production this June! 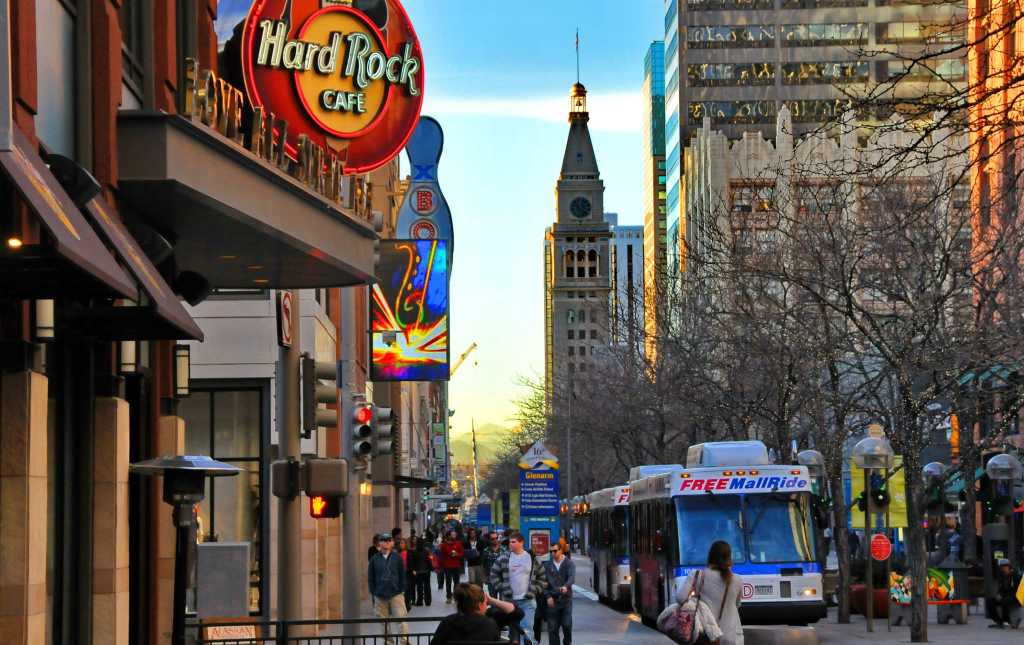 Each year U.S. News & World Report analyzes the 125 most populous metro areas to find the best places to live. To make the top of the list, a city has to have great value, be a desirable place to live, have a strong job market and a high quality of life.

For the last 6 years Denver has been ranked either #1, 2,
or 3 "best city to live in the U.S." That is a pretty
amazing track record.

Founded in the mid-1800s as a mining hub during the gold rush, Denver has come a long way since its Wild West days. Over time, its residents have evolved from gunslinging gamblers into an easygoing crowd of ambitious, progressive-minded fitness fanatics and nature lovers. Nicknamed the Mile High City for its 5,280-foot elevation, Denver's location at the base of the Rocky Mountains provides a gateway to a slew of outdoor pursuits, although it is probably best known for its devout ski and snowboard enthusiasts.
To clarify a common misconception, Denver is not a mountain town. It actually takes at least an hour to drive to the Rockies. But there are some great places for recreating within a 30-minute drive of downtown, such as Red Rocks Park and Amphitheater and Cherry Creek State Park.
Some might say that Denver is experiencing a gold rush of a different color: green. After Colorado residents voted to legalize recreational marijuana in 2012, Denver has seen a surge in cannabis-related commerce, from dispensaries to magazines to high-tech paraphernalia like vaporizers, rolling papers, lotions and storage containers – and the industry is just gaining speed. It is a great city for entrepreneurs of all kinds.

What is there to do in Denver, CO?

Denver offers more than 5,000 acres of parks, trails, golf courses and playgrounds. In fact, many of Denver's most prominent neighborhoods are built around and named after such beloved green spaces like Washington Park, City Park, Cheesman Park and Sloan's Lake. The metro area's proximity to the Rocky Mountains also creates numerous opportunities for residents to ski and snowboard in the winter.
Denver is also home to a flourishing arts scene, and music is a big part of life here. Numerous famous acts originated here at high altitude, including The Fray, The Lumineers, Gregory Alan Isakov, and Big Head Todd and the Monsters.
There are also nearly 100 breweries in metro Denver, and the sudsy area is host to the annual Great American Beer Festival that showcases more than 3,800 beers from 800 breweries around the country.
Posted by Jonathan at Thursday, April 25, 2019

Kelcey McClung wrote about January 2019 home sales in the Denver Business Journal. She provides evidence that real estate market trends point to a more balanced market resulting in more choices for home buyers in the Denver Metro Area. She also writes that the luxury home market saw a dramatic decrease in the median days on the market.

The number of listings in metro Denver’s January 2019 housing market was up 52 percent compared to January 2018, according to the latest Denver Metro Association of Realtors report.

The total of 5,881 listings was up 5.45 percent from the previous month, but still far below January’s historic average of 13,469.

Jill Schafer, chair of the DMAR market trends committee, said in a press release that buyers should be doing a “happy dance” because they finally have choices.

“Even though the Denver metro area is still a seller’s market in most price ranges, there’s no doubt this is the best time to buy in a long time,” she said.

Homebuyers were putting in more contracts in January than December – up 33.97 percent, which means the metro can expect more home sales in February, according to Schafer.

The luxury home market is officially a buyer’s market, according to DMAR, as there is currently 7.65 months worth of inventory. January was much slower month for properties priced over $1 million as 93 were sold, compared to 135 in December.

Andrew Abrams, a DMAR market trends committee member, said he does not expect this trend to continue, but it does show that “buyers were quick to make decisions in January.”

“The luxury market was full of conflicting data,” he said. “The average sales price was up, median days on the market down and the overall sold properties and sales volume were down as well.”
-Kelcey McClung - Denver Business Journal
Posted by Jonathan at Friday, February 08, 2019 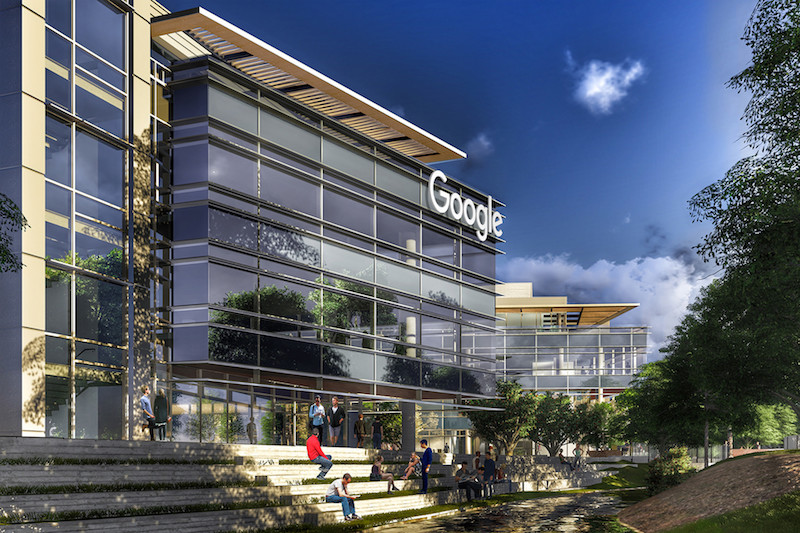 Wall Street Journal has an article entitled "Where You Should Move to Make the Most Money: America’s Superstar Cities." Coming in high at number 4 is Boulder Colorado. “Technology is creating an economy in which superstar employees work for superstar firms that gather them into superstar cities, leading to a stark geographic concentration of wealth." The article cites a study by the Brookings Institution that created an index of every metro area in the U.S. according to the extent to which their workers use computers in their jobs (their digitalization). 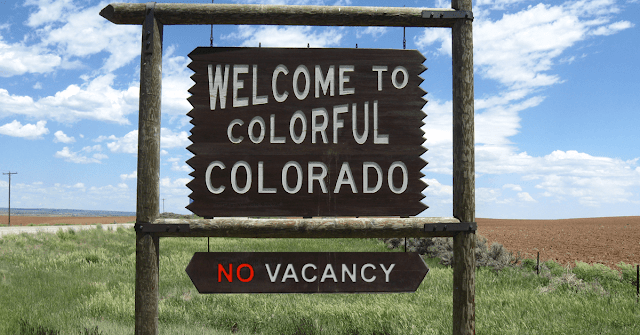 The U.S. Census Bureau says Colorado grew by nearly 80,000 people between mid-2017 and mid-2018.
The Denver Post reported Monday that Colorado's population grew by 1.4 percent in the 12 months ended July 1.
The Census Bureau says that's the seventh-fastest growth rate in the country. Nevada and Idaho were tied for first with a 2.1 percent growth rate.
The U.S. population grew by 0.6 percent during the period.
Colorado's population is now estimated at nearly 5.7 million, about 700,000 higher than in 2010. Colorado's growth rate was 13.2 percent in those eight years, the fourth-highest in the nation.
Some people still ask why Colorado is so popular? Here are just a few reasons: Over 300 days of sun, the 4th best winter (meaning least miserable) in the U.S., ski resorts galore, a booming economy, easy business laws for entrepreneurs, diverse work industry, hot real estate market, gorgeous mountain views, tons of outdoor activities, very family friendly, the coolest suburb communities...and the coolest people.
Posted by Jonathan at Thursday, January 10, 2019