While mortgage rates have been rising the last few months, they are still extremely historically low compared to the trend over the last four decades, Freddie Mac said.
But rates as low as they were in November 2012 — when the 30-year fixed-rate mortgage reached an all-time low of 3.31 percent — aren’t likely to return any time soon, the mortgage giant says. Still, Freddie assures borrowers that the all-time record high of 18.63 percent reached in October 1981 isn’t on the horizon either. (At 18.63 percent, monthly mortgage payments on a $200,000 loan would be $3,117, compared to $992 a month at today’s 4.32 percent average!)
With mortgage rates at 4.32 percent, 123 of the 157 metros that Freddie Mac tracks remain very affordable to households earning the median income. In order for affordability to be hampered in the majority of markets, interest rates would have to reach 7 percent, according to Freddie Mac.
“Stubbornly high unemployment over the last several years coupled with stagnant income growth exacerbates declining affordability in a rising interest rate environment,” according to Freddie's blog post. “More jobs and income growth would help blunt the effects of higher interest rates and make buying a home more accessible. While jobs and income have shown some improvement in recent months, they continue to be challenged.”

Mortgage Rates Through the Years

Here’s an overview of mortgage rates in the past four decades, as well as the approximate payment on a $200,000 mortgage and how it changes with the rise and fall of rates, according to Freddie Mac.
Posted by Jonathan at Wednesday, March 26, 2014

Metro Denver metro area ranks No. 7 nationally on the list of top U.S. sellers' markets for homes, according to the Zillow February Real Estate Market Reports.
Northglenn was the was the top sellers' market and Evergreen the top buyers' market within the metro area, according to Alexa Fiander of Zillow.
Fiander said top buyers' markets tend to have substantial inventory, homes that languish on the market and then sell after steep price cuts.
Top sellers' markets tend to have low home inventory and the quick sale of homes selling at higher than the asking price.
Fiander said that Zillow's February Real Estate Market Reports showed that home values rose 7 percent year-over-year in February in metro Denver, which exceeded the national increase of 5.6 percent over the same period.
She said that Denver metro home values are expected to increase 1.6 percent during the next 12 months, according to the Zillow Home Value Forecast.
In the Denver metro area, the top five sellers' markets are Northglenn, Thornton, Ken Caryl, Westminster and Arvada.
The top five buyers' markets are Evergreen, Denver, Lakewood, Broomfield and Centennial.
Overall, Zillow said that prices and availability of homes will vary across the nation with the West Coast more favorable for sellers and the East and Midwest for buyers.
Reflecting the analysis is the fact that the top sellers' markets are primarily on the West Coast: San Jose, Calif., San Francisco, San Antonio, Los Angeles, Seattle, Riverside, Calif., and Denver.
The top buyers' markets tend to be on the East Coast and Midwest: Cleveland, Philadelphia, Tampa, Fla., Chicago, Pittsburgh and Cincinnati.
Posted by Jonathan at Wednesday, March 19, 2014

Neighborhood Scout is one of the best tools to learn about neighborhoods (not just cities) and find the best one for you! It gives you great info on schools, crime rates, values, appreciation, demographics and more. Check it out!

Is it cheaper to buy or to rent in your area? Trulia did an extensive research all across the country, and came up with this 2014 Rent vs. Buy interactive map! Check out which is cheaper in your area! 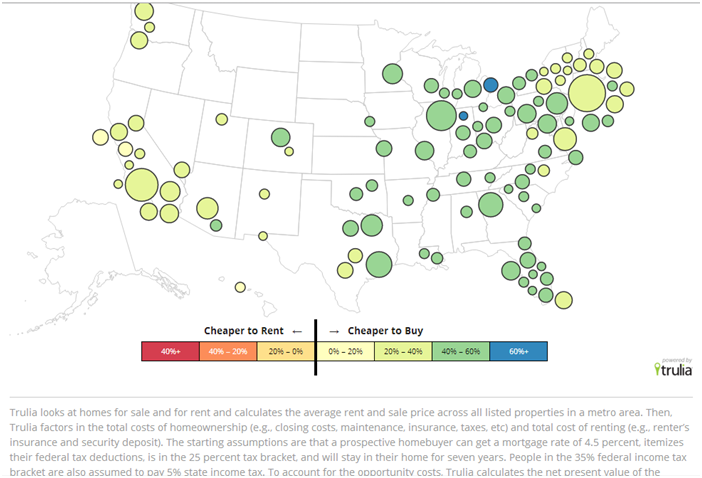 They're Back: Downpayment Assistance Programs! 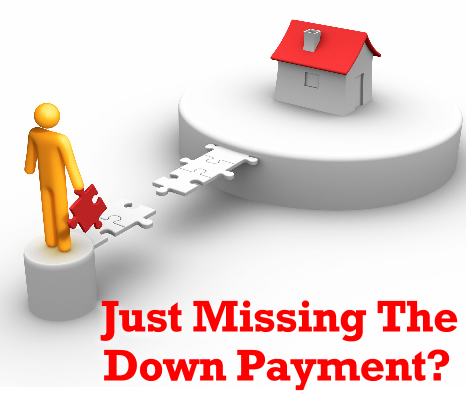 If you are paying higher rents than mortgage payments, but can't buy a house because you don't have the downpayment, then you are IN LUCK! Downpayment assistance programs are BACK! Everything from grants which will pay your entire downpayment and even closing costs, to programs that will wrap the downpayment in the loan for only an extra $30-$40/month! It will still be cheaper than renting!

There are so many different programs, so email me and I can send you the best ones for you! There are even low and high income limits, so most everyone can qualify!

No more excuses! Trulia's Rent vs Buy study says it is 43% CHEAPER to buy than to rent right now in the Denver area! Email me to see if you qualify!
Posted by Jonathan at Monday, March 03, 2014