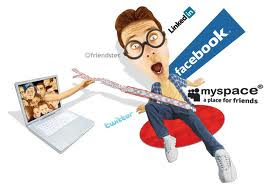 ERA Real Estate's survey of millennials, born from 1978 to 1995, found that 32 percent have already achieved homeownership — a purchase more than 90 percent of them made because they either wanted their own place or viewed ownership as a symbol of achievement.
Homeownership is a future goal of 64 percent of non-owners polled, and 53 percent of millennials who do not yet own houses view them as good investments. Given that 67 percent cited the importance of affordability and nearly 80 percent deem low real estate taxes to be very important, the survey indicates that the recession has played a role in Gen Y's thoughts on home buying.
The survey also reveals that 83 percent consider proximity to work important; while proximity to family and friends was cited by 67 percent and 65 percent, respectively.
Sixty-two percent of the millennials queried view living space as important, and Gen Y buyers are seen as being more practical because almost 70 percent cited the importance of built-in amenities but only 26 percent consider style to be important.
ERA Real Estate President and CEO Charlie Young notes that "Gen Y clearly understands the long-term value of homeownership from a financial standpoint" and they "view a home as a cornerstone in building a family and spending time with friends, not just a place to eat and sleep."
Posted by Jonathan at Thursday, August 30, 2012