5 Reason You Should Sell This Winter 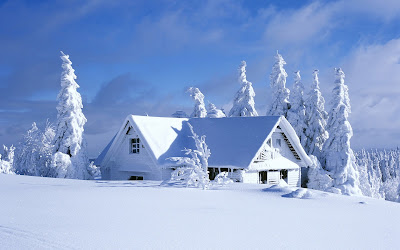 Forget the myth that winter is the bad time to sell real estate. While sales usually inch lower in the cooler months, some real estate pros are saying this winter in particular may be a great time to sell a home...especially in the Denver Metro area, the 4th fastest real estate market in the country.

2. Home prices are starting to rebound in many markets across the country, especially Denver. The National Association of REALTORS® reported that home prices in December were 11% higher than a year earlier in Denver.

3. Homes still remain a good deal: even though prices are rising, they remain mostly below 2007 highs, and in most areas the cost of buying is cheaper than renting.

4. Household demographic changes: Many buyers used to want to wait until the end of a school year before moving, but households are changing and moving schedules are less tied to school terms. That's because households with children are making up a smaller part of the mix nowadays. According to William Frey with the Brookings Institution, 80% of all households in the U.S. do not include children. This means buyers are not attached to waiting until the end of the school year and beginning of summer.

5. Household formation is growing. "Many people who ran into tough economic times several years ago are again looking at real estate ownership," says Wendy Forsythe, executive vice president with Atlantic & Pacific Real Estate. "Enough time has passed so that many of these individuals have re-built credit, built up their savings and now qualify for FHA, VA and conventional financing."