Is the Market Slowing Down? 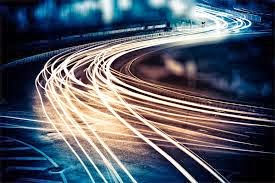 I've gotten this question quite a bit in the last few weeks. And it's a great question that is relevant to both buyers and sellers. If the market is "slowing down" (meaning less sales, which cause prices to go down), buyers could have an advantage and get good deals. Sellers on the other hand might have to reduce their prices or wait longer for buyers. This is basically what happened from 2008 to 2011. Lots of homes for sale, and very few buyers wanting to buy (though it was the bottom of the market! Hindsight is always 20/20).

The best way to gauge a market is to find out how many homes have sold in the most recent month, and how many homes are currently available on the market (this is called Absorption Rate). Right now there are about 11,288 homes and condos on the market according to the MLS - which is more than in September. Last month 4,730 homes and condos sold.  This means that it would only take 2.3 months for all the current inventory to be sold, and that is still what would be called a "fast" market, but with more inventory. The average days a home is on the market in September was 39, which is also still blazing speed.

The market was so hot from January to August that almost anything seems "cold" compared to it - the speed of sound seems "slow" compared to the speed of light. We never reached higher home prices in Metro Denver than we did around June.

Let me say that again: Home prices in Metro Denver a few months ago were even higher than the bubble in 2004! Wow! (Note: interest rates were around 6% in 2004, so the affordability was still much better in 2013.)  So though it's "slowing down" from a few months ago, it's still a pretty hot market.

This plays well for both buyers and sellers:

Looking to Buy? Things are "slowing down" right now compared to how blazing fast the market was from January to August. This means less competition, a bit more bargaining room on prices, and more options of homes for sale. Interest rates also went back down to 3.75% again, after getting close to 5% last month!

Looking to Sell? The market is still historically high, but isn't as blazing hot is it was earlier this year, which means that though you may not sell your home in 2 days, according to the numbers you'll still get about 8% more in price than if you sold this time last year, and about 17% more than in 2011. The average days on market are also still only 39 days, which is historically lightning fast.

-The Denver House Guy
Posted by Jonathan at Wednesday, October 23, 2013