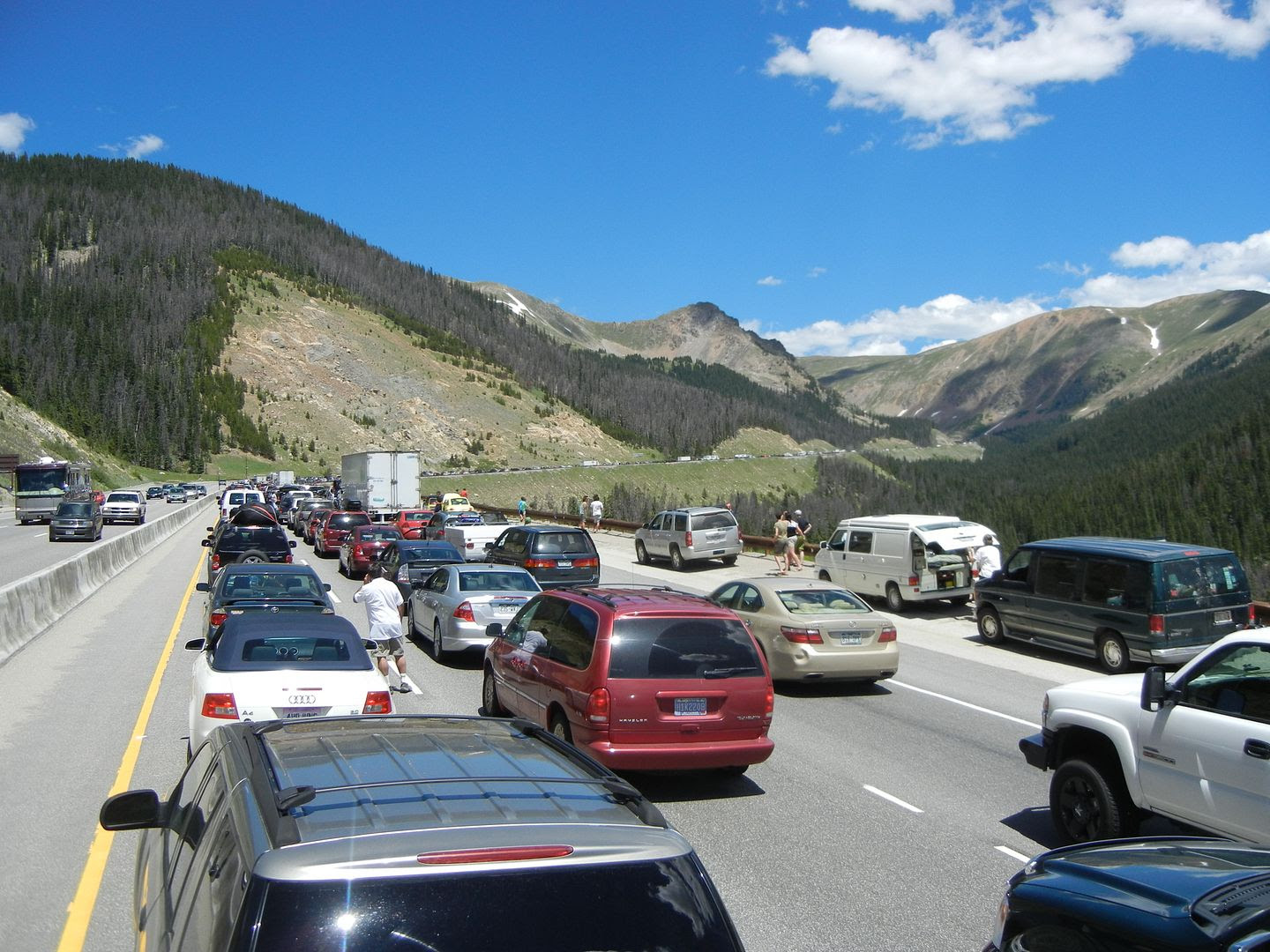 For the first time since the tech boom, Colorado added nearly 101,000 people to its population in a single year — a larger-than-expected increase that helps explain Denver's overheated housing market.

"We were surprised that migration came in so strong. We had been forecasting about 10,000 slower in migration," state demographer Elizabeth Garner said.
Colorado's population reached 5,456,574 as of July 1, up from 5,355,588 the same day a year earlier, according to updated estimates released by the U.S. Census Bureau on Tuesday.
Colorado ranked seventh among all states for the total number of people added, sandwiched between North Carolina and Arizona.
With an aging population and young adults delaying marriage and child birth, natural gains — births minus deaths — aren't driving the increase.
Net migration —more people moving to the state than leaving — accounts for about two-thirds of the population gain, Garner said.People continued moving to the state this year despite slowing job growth dragged down by slumping commodity prices, especially for oil and gas.
Colorado ranked among the top five states for job gains in 2014 but is running closer to the middle of the pack this year and could see even smaller, but still respectable, increases next year, according to the 2016 Colorado Business Economic Outlook from the University of Colorado.
Those looking to relocate, however, may be paying more attention to the overall unemployment rate than the number of jobs added, CU economist Richard Wobbekind said.
Colorado's unemployment rate hit 3.6 percent in November, compared with 5 percent nationally. Neighboring New Mexico continues to struggle, with a 6.8 percent unemployment rate, and in Nevada it is still an elevated 6.5 percent,according to the U.S. Bureau of Labor Statistics.
A lag effect could explain why migration to Colorado still increased as job growth decreased, Garner said. Moves can take months to plan, and people will keep relocating to an area even after the initial draw diminishes.
That is one reason why Garner predicts Colorado's population could rise by another 100,000 next year.
Unlike previous big migration waves, which were more dispersed, more than 80 percent of newcomers are settling along a narrow band nestled against the Front Range.
That might help explain the runaway home prices and rents and worsening traffic.
Not only are relocating out-of-staters zeroing in on the Front Range, so, too, are residents of more rural parts of Colorado, where the economy continues to struggle.
"We have a whole bunch of the counties losing population," Wobbekind said. "There is a lot of in-state migration going on, too."
That continued concentration is contributing to the increased "urbanization" of the state, according to Headwaters Economics in Montana.
The last time the state population rose by more than 100,000 was in 2001, according to the state demographer. Colorado ranked No. 4 last year for its rate of population growth, when it added 84,456 people, according to the U.S. Census Bureau.
Although the 100,000 number carries psychological significance, it doesn't have the same weight on a percentage basis as it did when the state population was smaller.
In the late 1990s, the state's population was increasing at a 3 percent clip, and a few times during the 1970s, it even breached 4 percent, Garner said.
While 1.9 percent is robust, it is on par with the rate of population growth seen a decade ago. The implications of an even stronger increase are hard to imagine, given how metro Denver has struggled to keep up, particularly in providing affordable housing.
Population gains carry political implications, especially in Colorado, where they plug into the fiscal formulas state and local governments use under the Taxpayer's Bill of Rights.
The Colorado Legislative Council recently lifted its estimates of population growth to 1.9 percent. That, in turn, has given the state more breathing room under its fiscal limits for the 2016-17 budget year, said Natalie Mullis, the council's chief economist.
A study from the University of North Carolina puts Colorado among eight states on track to pick up an additional seat in Congress once the 2020 census is conducted and reapportionment takes place.
Strong population growth, should it continue, will improve Colorado's chances of picking up a House seat from a state in the Great Lakes and Ohio Valley regions, where populations are stagnant or declining.