Denver 12th Most Affordable City, Much Higher in Desirability 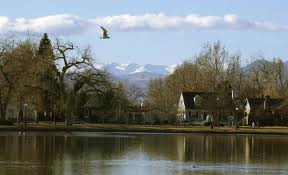 According to the Denver Post, Denver ranked 12th of the 25 largest cities in the country in affordability.

What is more interesting is that in terms of desirability, Denver is much higher than most all of the cities ranked more affordable. Having been on scores of Top Ten lists throughout the last few years, including most popular city for relocating young adults, Denver has the extremely rare combination of both desirability and affordability.

Thank God we live in Denver!