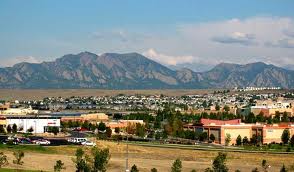 Etkin Johnson has started the first phase of development of Broomfield Business Center, a 74-acre mixed-use project northeast of FlatIron Crossing mall.  The initial components include a luxury apartment community and a 4½-acre park.  The $80 million first phase also will see construction of infrastructure for the remaining 51 acres.  The remainder of the project will include restaurants, banks, retail, single and multistory office/flex, structured and surface parking and a hotel.  It all is projected to be completed in five years.  When complete, the community will total more than 1.5 million square feet.

"Broomfield Business Center is another perfect example of foresight by the leaders of Broomfield," said Tim Wiens, whose Arista development across U.S. 36 is booming. "We've worked long and hard, individually and together, to create infrastructure for transit stops and everything Arista is.
"Now, work is happening on the other side of U.S. 36 to continue that. It's just terrific."
Broomfield already is home to such corporations as Ball Aerospace, Level 3 Communications, Oracle and Vail Resorts.
"I've lived in Broomfield since 1981," said Broomfield Mayor Pat Quinn. "We were just a bedroom community, but that's changing."
Posted by Jonathan at Thursday, October 25, 2012